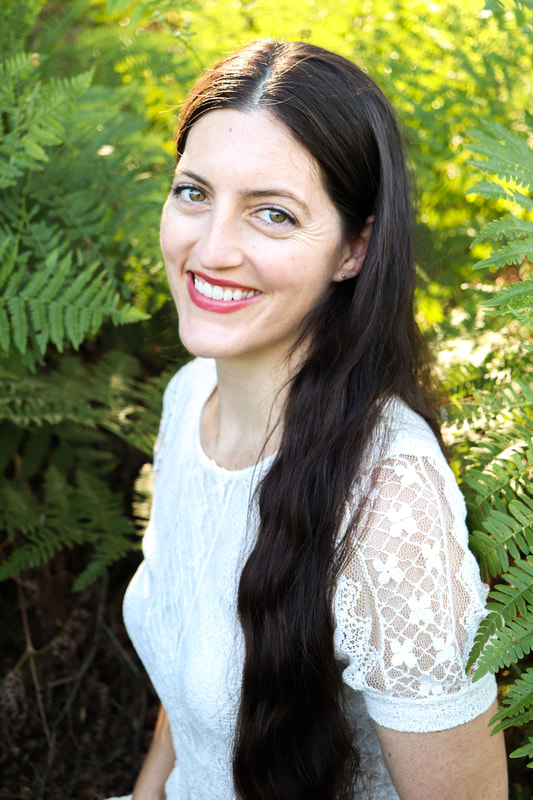 Photo credit: Alexandra Rice Photography
K.M. Rice, or Kellie, is a national award-winning screenwriter and independent author. Defying literary conventions and genres, the defining element of Rice's work to date has been the touch of whimsy she brings to every story she tells. They will take you from hauntings in the woods, the rugged American West, to the cliffs of Ireland, and across dozens of eras. She also enjoys being a content creator (and is considered an influencer in the Tolkien fandom), a crafter, a photographer, and a short film maker.

Her four-part Afterworld series launched with the first book, Ophelia, and continues with book two, Priestess and book three, Fenians.

She provided additional writing and research for Middle-earth From Script to Screen: Building the World of The Lord of the Rings and The Hobbit.

Her first novel, Darkling, is a young adult dark fantasy that now has a companion novel titled The Watcher. Her novella The Wild Frontier is an ode to the American spirit of adventure and seeks to awaken the wildish nature in all of us. Black Irish, a dark comedy, highlights contemporary political drama in the emerald isle.

Over the years, her love of storytelling has led to producing and geeking out in various webshows and short films, including her author vlog and a webseries called Happy Hobbit, along with working for both Magic Leap and Weta Workshop. When not writing or filming, she can be found hiking in the woods, baking, gardening, and enjoying the company of the many animals on her family ranch in the Santa Cruz Mountains of California.